Evidence for the Resurrection: Introduction 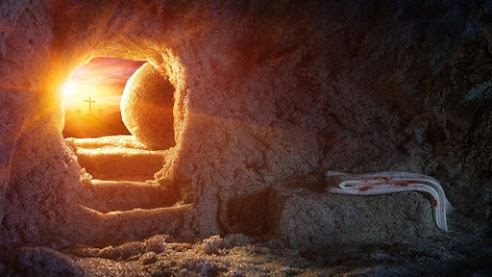 Midway through my college years, I experienced a crisis of faith. Through a series of events, I realized that although I was attending church regularly, I wasn’t really following Jesus as my Lord. I wanted a little bit of religion in my life, but I didn’t want to be one of those crazy people raising their arms during worship!

Life brought me to a point where I recognized my tepidness. I realized that if Christianity was true, then that reality would demand complete allegiance to Christ. However, if it was false, then it was really a waste of time to go to church on Sundays and pretend that it was true. In such a case, I would be better off completely leaving Christianity and forging a new path.

I decided that I was going to be either all-in or all-out, nothing in between. Thus, started a process of investigating the truth of Christianity, but how would I know if Christianity were true? Fortunately, Christianity is unique in that its foundational claim – that Jesus died for our sins and rose from the grave three days later - is a proposition that is either objectively true or objectively false. In other words, it's a true or false question.

This is not to dismiss the witness of the Holy Spirit or other ways people might know that Christianity is true, but the resurrection is the linchpin of Christianity. As the Apostle Paul reasoned, “And if Christ has not been raised, our preaching is useless and so is your faith.” (1 Corinthians 15:14). If there is no resurrection, there is no Christianity.

Over the next several weeks, I will be discussing four historical “bedrock facts” related to the resurrection. These are historical facts that are agreed upon by a consensus of scholars, regardless of their religious affiliation. I will also include one additional fact that is agreed upon by a majority, though not consensus, of scholars. Using these five facts, I will propose several alternatives to explain the data, and we will see that the resurrection is the only reasonable explanation that explains all of the available information. This approach is not original to me, but is called the minimal facts approach and was made famous by Dr. Gary Habermas.

However, before we dive into the historical facts, I think it is important to discuss the use of the New Testament as a historical document. Often, skeptics will dismiss any data that comes from the New Testament as being unreliable and biased. Is that actually the case? There are many factors to consider when evaluating that claim and I believe that it warrants a full post.

So, here is the proposed plan for this series, which I am going to strive to finish before Easter.

Post 2 – Can the New Testament be used as a reliable historical document?

Post 4 – Bedrock Fact #2: Very soon after the crucifixion, Jesus’ followers had real experiences that they thought were actual appearances of the risen Jesus

Post 5 – Bedrock Fact #3: Their lives were transformed as a result, even to the point of being willing to die for their faith in the resurrection

Post 6 – Bedrock Fact #4: Opponents such as James the brother of Jesus and Saul of Tarsus became Christians after their own experiences of what they thought were the risen Jesus

Post 7 – Majority Fact: The tomb where Jesus was buried was empty shortly after his burial.

So, that is the plan. I hope that you will join me in exploring the evidence. Obviously, I believe that there is great reason to do so. If Christianity is true, the claims that it makes are too important, both temporally and eternally, to ignore. Yet, if it is false, then an enormous amount of time, resources, and effort would be better spent elsewhere. I have shared this quote in previous posts, but it really resonates with me and perfectly applies to this series. From C.S. Lewis: “Christianity, if false, is of no importance, and if true, of infinite importance, the only thing it cannot be is moderately important.”