Evidence for the Resurrection: Jesus Died by Crucifixion 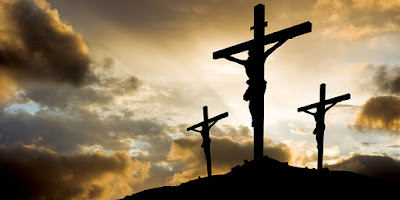 First, if Jesus was died by crucifixion under the Romans it proves that he actually existed. While the claim that Jesus was a mythical development is on the very fringe of New Testament scholarship and dismissed by the vast majority of scholars, it is much more common among Internet atheists and is rhetorically powerful, even if it flies against the evidence.

Second, in order to raise from the dead, Jesus first had to actually be dead. Though it has lost popularity, the “swoon theory” proposed that Jesus did not actually die on the cross, but merely fell unconscious, and was later revived in the tomb in the same physical body. We will examine the merits of this theory later.

New Testament scholars almost unanimously agree that Jesus died by crucifixion. Unbelieving New Testament scholar Gerd Ludemann, who rejects many claims of Christianity, writes, “Jesus’ death as a consequence of crucifixion is indisputable.”1 Textual critic Bart Ehrman, also a skeptic, echoes this sentiment by stating, “One of the most certain facts of history is that Jesus was crucified on orders of the Roman prefect of Judea, Pontius Pilate.”2 How are these scholars able to make such strong claims?

To start, the crucifixion is thoroughly attested to throughout the New Testament. If you feel that these are unreliable sources, please read my post on the reliability ofthe New Testament as a historical source. All four gospels provide detailed accounts of the crucifixion (Matthew 27:1-54, Mark 15:1-40, Luke 23:1-48, John 19:1-30). The inclusion of embarrassing details strengthens the reliability of these accounts. It would be strange for Jews to invent a story about a crucified Messiah “because anyone who is hung on a pole is under God’s curse.” (Deuteronomy 21:23). The Jews expected a conquering Messiah, not a crucified one, and this remains a point of skepticism for some Jewish people to this day. Furthermore, the disciples flee from Jesus during his arrest and it is primarily his female followers who stood with him before the cross. Finally, Jesus shows signs of weakness during the crucifixion, crying, “My God, my God, why have you forsaken me?” (Matthew 27:46, Mark 15:34).

Yet, the gospels are not the earliest witnesses of the crucifixion. The Apostle Paul’s letter to the Corinthian church includes an early Christian creed that states, “For what I received I passed on to you as of first importance: that Christ died for our sins according to the Scriptures, that he was buried…” (1 Corinthians 15:3-4a). This creed is believed to have originated within three years of the actual crucifixion, which is far too little time for legendary features to develop. Jesus’ death is further attested to in books throughout the New Testament, from a variety of authors, including Romans 3:25, 1 Peter 3:18, 1 John 3:16, Acts 2:23, Galatians 3:13, and Philippians 2:8.

Jesus’ death is also confirmed by various extra-biblical sources. In The Annals, written in 109 A.D., the historian Tacitus describes Nero’s decision to blame the Christians for a fire that had destroyed Rome in 64 A.D. He writes:

“Nero fastened the guilt ... on a class hated for their abominations, called Christians by the populace. Christus, from whom the name had its origin, suffered the extreme penalty during the reign of Tiberius at the hands of ... Pontius Pilatus, and a most mischievous superstition, thus checked for the moment, again broke out not only in Judaea, the first source of the evil, but even in Rome...”3

Christians derived their name from Christus (from the Latin), who suffered the “extreme penalty”, an obvious allusion to the Roman use of crucifixion to execute criminals. Tacitus also confirms details in the gospels, that the crucifixion took place while Tiberius was emperor and under the command of Pontius Pilate.

“About this time there lived Jesus, a wise man, if indeed one ought to call him a man. For he ... wrought surprising feats.... He was the Christ. When Pilate ...condemned him to be crucified, those who had . . . come to love him did not give up their affection for him. On the third day he appeared ... restored to life.... And the tribe of Christians ... has ... not disappeared.”4

There are elements of this quotation that scholars believe were later added by Christians, phrases such as “if indeed one ought to call him a man”, “He was the Christ”, and “On the third day he appeared…restored to life.” However, scholars believe that the portions confirming that Jesus did surprising feats, was condemned to crucifixion, and maintained followers even after his death were included in the original.

The Babylonian Talmud includes a collection of rabbinical writings compiled between 70 – 500 A.D. In one of the earliest sections of the Talmud, written sometime before 200 A.D., the following description of Jesus is found:

“On the eve of the Passover Yeshu was hanged. For forty days before the execution took place, a herald ... cried, ‘He is going forth to be stoned because he has practiced sorcery and enticed Israel to apostasy.’"5

Yeshu (or Yeshua) is the Hebrew pronunciation of Jesus. The Talmud confirms that Jesus was executed at the Passover for enticing Israel to apostasy. This confirms details in the gospels in which the chief priests and Jewish leaders seek to kill Jesus for blasphemy for claiming to be the Son of God, making himself equal with God.

Sometime after 70 A.D., Mara Bar-Serapion, who was a Syrian philosopher, wrote the following to encourage his son.

“What benefit did the Athenians obtain by putting Socrates to death? Famine and plague came upon them as judgment for their crime. Or, the people of Samos for burning Pythagoras? In one moment their country was covered with sand. Or the Jews by murdering their wise king?…After that their kingdom was abolished. God rightly avenged these men…The wise king…Lived on in the teachings he enacted.”6

The passage refers to the “abolition” of the Jewish kingdom, which occurred when Jerusalem was destroyed by the Romans in 70 A.D. That means the “wise king” was murdered shortly before that time, which seems like a clear reference to Jesus.

The earliest non-Biblical reference to the crucifixion confirms one of the details that is often doubted in the gospel accounts of the crucifixion. Matthew, Mark and Luke all describe the sky going black during the daytime crucifixion of Jesus. The Greek historian Thallus wrote an account of world history that most scholars date to around 50 A.D. Though this history from Thallus has not survived, it is referred to in other ancient sources, including Julius Africanus writing around 221 A.D.

“On the whole world there pressed a most fearful darkness; and the rocks were rent by an earthquake, and many places in Judea and other districts were thrown down. This darkness Thallus, in the third book of his History, calls, as appears to me without reason, an eclipse of the sun.”7

In his history, Thallus attempts to explain away the darkness that ocurred during the crucifixion as an eclipse of the sun. By offering an explanation, Thallus acknowledges the truthfulness of the darkness. Likely written less than twenty years after the crucifixion by a source hostile to Christianity, Thallus' history offers strong corroboration for the authenticity of the gospel accounts of the crucifixion.
Hopefully, these written sources are enough to convince even the most ardent skeptic that Jesus existed and died by crucifixion. However, appropriately enough, the swoon theory, that Jesus survived the crucifixion, is not quite dead. It has lost popularity, but will sometimes be thrown around as a possible alternative explanation to the resurrection. At best, the swoon theory is highly improbable for two reasons.
First, Roman soldiers were professional executioners with very good reasons to make sure they did the job correctly. If a soldier failed in his duty to ensure the death of the condemned criminal, the soldier himself would face capital punishment.8 As a result, soldiers took careful measures to ensure the death of their victims. "The attending Roman guards could leave the site only after the victim had died, and were known to precipitate death by means of deliberate fracturing of the tibia and/or fibula, spear stab wounds into the heart, sharp blows to the front of the chest, or a smoking fire built at the foot of the cross to asphyxiate the victim."9
Second, medical professionals have studied the methods of the Roman crucifixion and the gospel accounts of the crucifixion and determined that it would be medically impossible to survive the ordeal. In the Journal of the American Medical Association, Dr. William Edwards concludes:

“Clearly, the weight of the historical and medical evidence indicates that Jesus was dead before the wound to his side was inflicted and supports the traditional view that the spear, thrust between his right ribs, probably perforated not only the right lung but also the pericardium and heart and thereby ensured death. Accordingly, interpretations based on the assumption that Jesus did not die on the cross appear to be at odds with modern medical knowledge.”10

Even in the highly improbably event that Jesus had survived the crucifixion, it is equally unlikely that he would have been able to convince his followers that had raised from the dead. Instead, he would appear to be someone barely hanging onto life, in need of immediate medical attention.

The evidence is abundant and clear. Jesus was killed by crucifixion. He truly was dead. The question, then, is what happened next?

1)    Ludemann, Gerd. The Resurrection of Christ: A Historical Inquiry, Prometheus, 2004.

4)    Josephus, Antiquities 18.63-64, cited in Yamauchi, Edwin. “Jesus Outside the New Testament: What is the Evidence?” Jesus Under Fire: Modern Scholarship Reinvents the Historical Jesus, Zondervan, 1995, p. 212.

6)    Mara Bar-Serapion, cited in Wallace, J. Warner. “Is there any Evidence for Jesus Outside the Bible?” Retrieved from https://coldcasechristianity.com/writings/is-there-any-evidence-for-jesus-outside-the-bible/

7)    Julius Africanus, Chronography, 18:1, c ited in Wallace, J. Warner. “Is there any Evidence for Jesus Outside the Bible?” Retrieved from https://coldcasechristianity.com/writings/is-there-any-evidence-for-jesus-outside-the-bible/