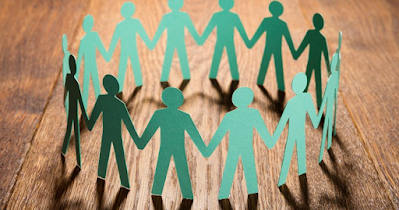 I think that it is fairly obvious to the casual observer that we are living in very divisive times. When viewing the increased political polarization of our nation and the divisive effects of social media, it is natural to appeal for unity. I believe these calls are made from sincere hearts. However, unity is a word, much like the word “love”, that is viewed as being universally positive.

As Christians, we must be discerning in our use and evaluation of the word “unity” as the biblical definition carries a distinct meaning. Depending on your preferred translation, the word “unity” appears only a handful of times in the New Testament and only in a few of those cases does it refer to unity within the New Testament church. There are two different Greek words that are used to describe unity within the church and the specific meanings of these words, as well the surrounding context of the passages, should inform our understanding and pursuit of biblical unity.

Biblical unity is found as one body of Christ.

In what is known as his high priestly prayer, spoken immediately after the Last Supper, Jesus prays for the unity of all future believers. He asks that “they may be one as we (Jesus and the Father) are one - I in them and you in me - so that they may be brought to complete unity. Then the world will know that you sent me and have loved them even as you have loved me.” (John 17:22-23). The Greek word “heis” is translated here as unity, but is rendered as “one” in the vast majority of other usages in the New Testament. The Apostle Paul uses the same word to explain that “as the body is one (heis) and has many members, and all the members of the body, though may, are one (heis) body, so it is with Christ.” (1 Corinthians 12:12). In the same way, Jesus prayed that future believers would be one as he and the Father are one.

A couple distinctions are essential to understand the unity that Jesus petitioned. First, this united group of believers is to provide contrast to the world so that unbelievers may clearly see God’s character and redemptive purpose in sending Christ to Earth. While believers are called to be united to one another, they must be distinct from the world. This point is further emphasized when reading Jesus’ preceding prayer for the disciples. Jesus said the following of the disciples: “I have given them your word and the world has hated them, for they are not of the world any more than I am of the world. My prayer is not that you take them out of the world but that you protect them from the evil one. They are not of the world, even as I am not of it.” (John 17:14-16). When transitioning to pray for all believers, Jesus prayed, “My prayer is not for them alone. I pray also for those who will believe in me through their message.” (John 17:20). There is a connected flow of thought in Jesus’ desires for the disciples and his wishes for all future believers. One of those desires is that this unified body would be within, but clearly separate and distinct from the world. If Christians seek a form of unity that blurs or erases the distinction between the world and the church, then the unity that they seek is not the biblical unity that Jesus desires.

Second, biblical unity cannot be achieved apart from a commitment to truth as revealed in God’s word. Jesus asked the Father to “sanctify [the disciples] by the truth; your word is truth.” (John 17:17). The word sanctify means to separate from a profane world to be consecrated and dedicated to God. As the transition between his prayer for the disciples and his prayer for all believers indicates, Jesus desires this sanctification by the truth for all believers. Christians must reject any pursuit of unity that requires believers to deny or ignore the truth revealed through God’s word. This commitment to the truth will set believers apart from the world and the world will often hate them for it. However, the ultimate purpose of this distinction is not to puff up the pride of “righteous” Christians, but “that the world may believe that [the Father] has sent [the Son].” (John 17:21).

Biblical unity occurs when believers have unanimity or agreement regarding doctrine.

The Apostle Paul urged the church in Ephesus to “walk in a manner worthy of the calling to which [they had] been called, with all humility and gentleness, with patience, bearing with one another in love, eager to maintain the unity of the Spirit in the bond of peace.” (Ephesians 4:1-3). He later explained that apostles, prophets, evangelists, pastors and teachers had been appointed by God to “equip the saints for the work of ministry, for building up the body of Christ, until [they] all attain[ed] to the unity of the faith and of the knowledge of the Son of God.” (Ephesians 4:12-13). In both of these cases, a different Greek word, “henotes”, is used to highlight another important aspect of biblical unity.

The word “henotes” means unanimity or agreement and believers are encouraged to maintain the unanimity of the Spirit and the agreement of the faith. In other words, Christians should have agreement and unanimity regarding Christian doctrine and the truth revealed through the Bible. One of the roles of the Holy Spirit is to “guide [believers] into all the truth” (John 16:13) so that they “might understand the things freely given us by God.” (1 Corinthians 2:12). The unity of the Spirit is not some ephemeral, emotional driven sense of connection, but an agreement on the central truths of Christian doctrine that is enabled by the Holy Spirit as he directs believers into an accurate understanding of God’s word.

The idea that Christian unity depends on a common understanding of doctrine is further clarified when Paul describes the job of church leaders as leading the saints to attain unity of the faith. When the term “the faith” is used in the New Testament it often refers to the teachings of Christ that were handed down to the apostles and the church. This can be seen in Paul’s letters to his apprentice Timothy, who had been “trained in the words of the faith and of the good doctrine that [he had] followed.” (1 Timothy 4:6). Paul encouraged his mentee to “follow the pattern of the sound words that [he had] heard from [Paul], in the faith and love that are in Christ Jesus” (2 Timothy 1:13) and warned that those who “oppose the truth” would be “disqualified regarding the faith.” (2 Timothy 3:8).

However, we don’t even need to appeal to Paul’s other writings to understand that the unity of the faith refers to an agreement regarding doctrine because his letter to the Ephesians carries on to explain that goal of achieving unity of the faith is that Christians would “no longer be children, tossed to and fro by the waves and carried about by every wind of (false) doctrine, by human cunning, by craftiness in deceitful schemes.” (Ephesians 4:14). Biblical unity will prevent believers from being carried away by false doctrine because they will be rooted and knit together in sound doctrine.

Although doctrine is often seen as unspiritual or legalistic in the modern church, scripture clearly teaches that biblical unity cannot be achieved or maintained without a shared understanding of the core tenets of the faith. To be sure, scripture also speaks of disputable matters about which Christians can hold different opinions (Romans 14), but believers should unanimously agree on core teachings such as the death and resurrection of Christ, salvation by grace through faith, and the reliability of God’s word. Different seasons will also require believers to agree upon biblical teaching regarding hot topic issues of the day. For example, I do not believe that it is possible to maintain biblical unity in the present day if believers do not unanimously hold to the clear biblical standards regarding marriage, sexuality, and gender. A lack of agreement in these areas will lead to fissures in local churches and will result in a lack of zeal in evangelism and a lack of confidence in the authority and goodness of God’s word. In this case, as in many others, biblical unity cannot be achieved or maintained by agreeing to disagree.

J.C. Ryle, a 19th century Anglican bishop, cautioned against the increasing ecumenicalism and liberalism of his day, which sought peace at the expense of doctrinal truth. In his paper titled Pharisees and Sadducees, Ryle offered a warning that is relevant for the church in the present day. He wrote:

To keep gospel truth in the church is even of greater importance than to keep peace . . . The Apostle Paul valued unity very greatly as we know, but here he runs the risk of all the consequences that follow . . . Why? Because he dreaded false doctrine. He feared the loss of truth more than the loss of peace. Many people have a morbid fear of controversy. They would have said, with Ahab, that Elijah was a disturber of the peace. They would have thought that Paul at Antioch went too far! To maintain truth in the church men should be ready to make any sacrifice, to hazard peace, to risk dissension. They should no more tolerate false doctrine than they would tolerate sin. Peace without truth is a false peace; it is the very peace of the devil. Unity without the gospel is a worthless unity; it is the very unity of hell. Let us never be ensnared by those who speak kindly of it.

Unity, quiet, order . . . give beauty, strength, efficiency to the cause of Christ. But even gold can be bought too dear. Unity which is obtained by the sacrifice of truth is worth nothing. It is not the unity that pleases God.

I believe that the present times require a disturbance of the peace and the risk of dissension. Within the world, it is time for the church to be a distinct light and city on a hill. Within the church, it is time to hold dearly to truth, even if it results in division. We cannot settle for a false unity that does not please God and does not prepare the body of Christ to face the pressures that are already coming from the world.

To many Christians, the thought of division seems, well, un-Christian. Is that really the case? In the next part of this series, we will look at what the Bible says about division.

Posted by Justin Kuk at 5:59 PM No comments: