Evidence for the Resurrection: Jesus' Followers had Real Post-Resurrection Experiences 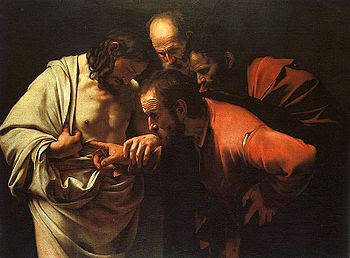 In the last post, I explained why the vast majority of scholars agree that it is a historical fact that Jesus died by crucifixion. Likewise, a consensus of scholars concur that, very soon after the crucifixion, Jesus’ followers had real experiences that they thought were actual appearances of the risen Jesus. Similar to the last post, this historical fact may not seem to prove too much. After all, just because someone thought they saw the risen Christ doesn’t mean that there was an actual, bodily resurrection. Many people think they have seen UFO’s, ghosts, or other things that I would be skeptical to believe based solely on their testimony. I agree that, by itself, the historical fact of claimed post-resurrection appearances is not sufficient evidence for the resurrection. That is why it is important to remember that this is a cumulative case. At the end of the series, we will examine all the possible hypotheses to evaluate how well they account for all the historical facts that will be analyzed in this series.

We will start with the Biblical accounts of the post-resurrection appearances to multiple eyewitnesses. By post-resurrection appearances, I am referring to events in which people thought they saw, touched, heard, and talked with the risen Jesus. If you have not read my post on the historical reliability of the New Testament, I would recommend that you read that post before proceeding. It is important to remember that it is mere rhetoric to say, “Well, you can’t trust what the Bible says,” because this makes it seem like the Bible is one, single source. Instead, the New Testament contains multiple types of reports from multiple authors and eyewitnesses.

The earliest Biblical report of the post-resurrection appearances comes from Paul’s letter to the Corinthian church in an early church creed that we have previously discussed.

It is important to remember that this creed likely developed within three years of the claimed resurrection1, far too early to have been legendary invention. The creed claims that Jesus appeared to Peter (Cephas), the disciples (the Twelve), a group of five hundred people, his own brother James, to other early church leaders or apostles, and finally to Paul during his conversion experience on the road to Damascus. Paul explains that many witnesses of the risen Jesus are still alive for cross-examination. It is a fair critique that the five hundred are anonymous. However, it is also important to note that someone who denied Christ when he was on trial, Peter, and two people who would be highly unlikely to invent resurrection claims, Paul and his brother James, are included in this list. The importance of their inclusion will be discussed in a later post. Jesus’ post-resurrection appearance to Paul is described in detail in Acts 9:1-19 and alluded to by Paul in Galatians 1:11:17.

Post-resurrection appearances are also described in three of the four gospels (Matthew 27:8-10,16-20, Luke 24:13-53, and John 20:10-21:23). The gospel of Mark does not include any post-resurrection appearances, but ends with Jesus’ women followers discovering the empty tomb. Since Mark is generally agreed to be the first gospel written, critics will claim that this proves that stories of post-resurrection appearances developed over time. However, that is why it is important to remember that the early church creed in 1 Corinthians 15 predates Mark and invalidates the gradual development theory. It is also important to note that the witnesses did things such as clasp Jesus’ feet (Matthew 28:9), touch his hands and feet (Luke 24:38-40, John 20:27-28), and watch him eat (Luke 24:42-43, John 21:11-14) to confirm that these appearances were physical in a nature, not mere visions or hallucinations.

Eyewitness testimony is also provided in the book of Acts and in some of the epistles. The book of Acts was a carefully investigated history (Luke 1:3-4) of the early church. In his first public sermon, at Pentecost in Jerusalem, Peter declares, “God has raised this Jesus to life, and we are all witnesses of the fact.” (Acts 2:32). Peter later testifies to “the resurrection of Jesus Christ from the dead” (1 Peter 1:3) and that “[Jesus] was put to death in the body, but made alive by the Spirit” (1 Peter 3:18) in his letter to the early church.

While not directly speaking about post-resurrection appearances, the Apostle John explains that the disciples’ gospel message, which is centered on the resurrection, is not a theologically derived analogy but is based on actual experiences. He writes:

There are also a couple of sources outside the Bible that corroborate that Jesus’ followers had real experiences that they interpreted to be encounters with the risen Jesus. Similar to Thallus in our previous post, the Greek historian Phlegon wrote a historical chronicle around 140 A.D. Although this source has not survived, it is referred to by Origen, an early church scholar and theologian, when he wrote the following: “Jesus, while alive, was of no assistance to himself, but that he arose after death, and exhibited the marks of his punishment, and showed how his hands had been pierced by nails.”2

Additionally, although it doesn’t directly describe the post-resurrection appearances, an early second century source from the historian Cornelius Tacitus describes Emperor Nero’s response to the great fire in Rome, in which he blames Christians for the tragedy.

“Consequently, to get rid of the report, Nero fastened the guilt and inflicted the most exquisite tortures on a class hated for their abominations, called Christians by the populace. Christus, from whom the name had its origin, suffered the extreme penalty during the reign of Tiberius at the hands of one of our procurators, Pontius Pilatus, and a most mischievous superstition, thus checked for the moment, again broke out not only in Judea, the first source of the evil, but even in Rome, where all things hideous and shameful from every part of the world find their centre and become popular.”3

Although it isn’t stated directly as post-resurrection appearances, it is a reasonable inference the “most mischievous superstition” is that Jesus rose from the dead.

I will readily admit that the extra-Biblical evidence for this historical fact is not as strong as the extra-Biblical evidence that Jesus died by crucifixion. However, that is why this series started with a post explaining the historical reliability of the New Testament. Real experiences that were interpreted to be post-resurrection appearances are attested to early and often, from a variety of sources. There is a reason that a consensus of scholars, even non-believing ones, agree that Jesus’ followers had actual experiences that they interpreted to be physical, post-resurrection experiences. Obviously, that doesn’t mean a consensus of scholars agree that Jesus rose from the dead. For this reason, I will continue to build the cumulative case for the resurrection in the next post, where we will examine the transformed lives of Jesus’ followers.

2)   Origen Against Celsus, Book 2, Chapter 59, cited in Wallace, J. Warner. “Is there any Evidence for Jesus Outside the Bible?” Retrieved from https://coldcasechristianity.com/writings/is-there-any-evidence-for-jesus-outside-the-bible/