Evidence for the Resurrection: The Empty Tomb 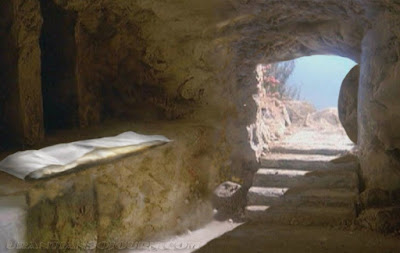 Thus far, we have examined four “bedrock” historical facts surrounding Jesus’ resurrection that are accepted by a consensus of scholars. In other words, except for who are on the fringe, the vast majority of scholars, regardless of religious affiliation, agree that these facts are substantially supported by historical records. These facts include:

2) His followers had real experiences thatthey interpreted to be appearances of the resurrected Jesus.

3) As aresult, the lives of his followers were transformed to the point of being willingto die for their belief in the resurrection.

4) The Apostle Paul and Jesus’ brother James, opponents and skeptics of Jesus, claimedto have seen the risen Christ and were willing to die for their testimony.

In this post, we will be analyzing a fifth historical fact that, while not accepted by a consensus of scholars, is supported by a majority of scholars. New Testament scholar Gary Habermas estimates that 75% of scholars favor arguments for the empty tomb while 25% favor arguments that oppose it.1 While still a strong majority, the agreement is not near unanimous as in the first four historical facts. So why would I include it in this series? To be clear, a very strong case for the historicity of the resurrection can be made without including arguments for the empty tomb, and I will make that case in the conclusion of this series. However, I believe that if the empty tomb is included it makes it nearly impossible to deny the resurrection. Therefore, I think that it is worthwhile to explore the arguments that support the historicity of the empty tomb.

First, the empty tomb is attested to by multiple sources written close to the claimed resurrection. As I have said in previous posts, if you find yourself dismissing these sources just because they are included in the Bible, please read the previous post on the historical reliability of the New Testament documents before proceeding. The empty tomb is described in each of the four gospels (Matthew 28:1-7, Mark 16:1-8, Luke 24:1-8, and John 20:1-9). Interestingly, while Matthew and Luke sometimes directly quote Mark in some accounts, all four gospel accounts of the empty tomb are slightly different, indicating that they are coming from different eye-witness sources. According to cold-case detective J. Warner Wallace, multiple eye-witness testimonies that provide slightly different perspectives but complement each other to tell a coherent and consistent story are the type of testimonies detectives desire when trying to build a criminal case.2 That is exactly what we have in the gospels.

Furthermore, the empty tomb is alluded to in Peter’s public sermons (Acts 2:31-32, Acts 3:15), which occurred in Jerusalem, the very location of the tomb in question. Semitic elements in the language used in these sermons suggest that Luke, the author of Acts, was directly quoting material of the early church, not writing from his Greek background. This pushes the dating of the sermons closer to the actual events, thus strengthening their reliability. On top of that, we also have a report from the early church creed which states that, “[Jesus] was buried, that he was raised on the third day.” (1 Corinthians 15:4). As has been previously discussed, scholars agree that this creed originated in Jerusalem, likely within three years of the crucifixion. So, we have six different first century sources that testify to the truthfulness of the empty tomb, some of them originating in Jerusalem, a location where the claims could easily be verified or refuted. For ancient history, this is a wealth of data.

However, we can go deeper. In all of the gospel accounts the empty tomb is discovered by women, who were not considered to be reliable witnesses in the culture of first century Judea. The Jewish historian Josephus expressed the sentiment of the day: ”But let not a single witness be credited, but three, or two at the least, and those such whose testimony is confirmed by their good lives. But let not the testimony of women be admitted, on account of the levity and boldness of their sex.”3 If the empty tomb was fabricated, it would be pure foolishness to construct a tale with women as the discoverers. The only rationale for including this detail is that it is part of the actual, historical truth.

Additionally, it appears that there was a rumor circulating soon after the resurrection that the disciples stole Jesus body. Unless the tomb was actually empty, there would be no place or need for such a rumor. The gospel of Matthew reports that chief priests instructed the Roman guards to explain the empty tomb by saying that the disciples stole the body and that this story was widely circulated among the Jews at the time the gospel was written (Matthew 28:11-15). Based on the criterion of embarrassment, there seems to be no logical reason to include this detail in the gospel unless the early church was actually trying to combat this rumor.

The existence of this rumor is further supported in Justin Martyr’s Dialogue with Trypho, a second century apologetic work in which the author has an hypothetical conversation with Tyrpho, a Jew. In the dialogue, Justin Martyr accuses the Jews of rejecting the resurrection by teaching that “[Jesus’] disciples stole him by night from the tomb, where he was laid when unfastened from the cross, and now deceive men by asserting that he has risen from the dead and ascended to heaven.”4 Again, why would the early church combat this rumor unless it was being used to explain the empty tomb? And why would this rumor have ever originated from opponents of Christianity, unless the tomb was actually empty? The historical existence of this rumor is a form of enemy attestation of the empty tomb, which significantly increases the likelihood that the tomb was truly empty.

One alternative theory is that perhaps Jesus’ followers mistakenly identified the wrong tomb, but this doesn’t fit the historical record. First, all four gospels describe Jesus as being buried by Joseph of Arimathea, a member of the Sanhedrin (Matthew 27:57-61, Mark 15:42-47, Luke 23:50-56, and John 19:38-42). The consistent description of this fact and the embarrassing admission that Jesus was buried by a member of the Sanhedrin, the very group that schemed Jesus’ crucifixion, and not one of his disciples, strengthens the reliability of this claim. So the tomb is clearly identified to belong to a well-known individual of the time who lived only miles from Jerusalem. It seems unlikely that the tomb could have been misidentified. Furthermore, the description of the tomb fits that of arcosolia or bench tombs. These types of tombs have been discovered on the outskirts of Jerusalem and based on their relatively low proportion compared to other types of tomb, seem to have been only owned by the rich and elite, such as Joseph of Arimathea.

Sometimes skeptics of the resurrection will attempt to discount the Biblical account of the burial by Joseph of Arimathea by citing the Roman practice of leaving victims of crucifixion on the cross for days as a means of control and intimidation of the rest of the population. However, the gospels report that Joseph of Arimathea asked for permission to remove Jesus from the cross before sunset to observe Sabbath regulations. Josephus resolves this potential conflict between general Roman practices and the gospel accounts by explaining that the Romans made an exception to this rule for the Jews. In War of the Jews, Josephus describes an incident in which the Romans hired mercenaries to squash a Jewish rebellion. Although the mercenaries were aware of general Roman practices, they did not seem to be familiar with the special exceptions made for the Jews. Josephus writes, “Nay, they (the mercenaries) proceeded to that degree of impiety as to cast away their dead bodies without burial. Although the Jews used to take so much care of the burial of men, that they took down those who were condemned and crucified, and buried them before the going down of the sun.”5 Rome realized that to maintain order in Judea, they need to make some allowances to appease the Jews, such as taking down crucified bodies before the Sabbath. The claim that the gospel accounts of the burial contradict Roman practices is proved fallacious by Josephus’ report.

The historical case for the empty tomb is very strong. We have multiple early sources that originated in the very city where the supposed empty tomb was located, making it easy to verify or refute this claim. The tomb belonged to a well-known individual, making it highly unlikely that the tomb was misidentified. The description of the tomb fits that of other tombs that belonged to wealthy individuals and have been discovered around Jerusalem. In all the gospels, the empty tomb was discovered by women, an embarrassing detail that would be highly unlikely to be included in a fabricated account of the resurrection. There is strong evidence that a rumor originated in Jerusalem and was circulated during the first century that the disciples stole the body. It is difficult to explain why opponents of the resurrection would have promoted this rumor if the tomb was not actually empty. Josephus confirms that the Romans would have allowed Joseph of Arimathea to remove Jesus from the cross prior to sunset. All of these arrows point to the conclusion that the tomb was empty. Yet, some still resist conceding this fact. Why? Could it be that accepting the empty tomb is just one short step away from accepting the resurrection?