Faith and Evidence: Why I Don't Use a Presuppositional Approach (Most of the Time) 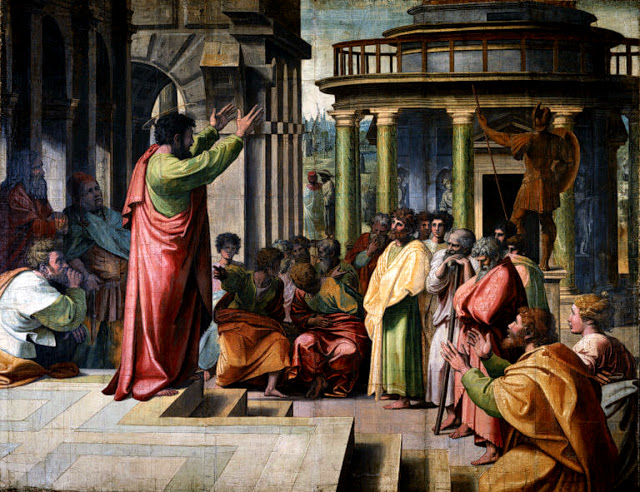 Alright, this post is going to be geared more towards apologetics nerds, a rare breed most likely, but I will try to make this informative and enjoyable for everyone. You may not have known that there are actually different schools of apologetics, including classical, evidential, and presuppositional. In this series, I have been arguing for an evidential approach and my series on evidence for the resurrection would also fall under that category, though I would say that overall I follow more of a classical approach. One does not have to strictly adhere to only one approach and different conversations will require different tactics. However, as the title of this post explains, I generally do not use a presuppositional approach, though I will explain the ways in which I draw from its toolbox.

So what is presuppositional apologetics? As the name suggests, presuppositional apologetics presupposes the existence of the triune God divinely revealed through the Bible and claims that this presupposition alone allows one to acquire knowledge and make sense of reality. Presuppositionalists point out that everyone makes presuppositions when adopting a worldview and other presuppositions, such as materialism, lead to an incoherent universe where knowledge is not possible. For example, if one accepts the materialistic framework, one can not appeal to non-material things like laws of logic inorder to investigate or describe the physical universe. When one adopts materialistic presuppositions and a worldview that depends on empirical experimentation, they have no basis to assume the uniformity of natural law on which their empiricism depends. The renowned skeptic and philosopher David Hume concedes that circular reasoning is required to assume the uniformity of natural law from a naturalistic worldview.

In summary, the presuppositional apologist is trying to prove that Christianity is true because any presupposition outside of the Christian worldview leads to an incoherent universe. It is a reductio ad absurdum, or attempt to reduce the opposition to holding an absurd and self-contradictory position. A universe in which laws of logic, reason, and the uniformity of nature exist is only possible if one presupposes the existence of the triune God revealed in scripture.

I am not going to completely rehash my previous arguments, but I wrote two full blog posts on the connection between faith and evidence in both the Old Testament and New Testament. In the Old Testament, there was a culture of remembrance in which the Israelites would construct monuments as evidence for future generations of what God had already done on their behalf. The prophet Elijah did not challenge the presuppositions of the prophets of Baal on Mount Carmel, but engaged in an evidentiary test to determine who was the true God, Baal or Yahweh. Jesus repeatedly pointed to his miracles and Old Testament prophecy as evidence of his identity and lordship. This approach was also followed by the early church as the apostles appealed to eyewitness testimony of the resurrection, miracles, and prophecy to argue and reason that Jesus was the expected Messiah. Since an evidential approach is clearly used throughout scripture, I think that modern day apologists and evangelists should also appeal to different forms of evidence supporting the truth of the Christian worldview.

As with anything, there is variety within presuppositional apologetics, with different tactics and points of emphasis. Some, such as Greg Bahnsen, brilliantly argue in a manner that highlights the absurd and self-contradictory claims of atheism. An excellent example of this can be seen in his 1985 debate with author and skeptic, Dr. Gordon Stein. Others rely on texts such as Romans 1:18 to argue that unbelievers already know that God exists, but are suppressing this truth in order to follow their own passions and desires. They also point out that the “fool says in his heart, ‘There is no God.’” (Psalm 14:1), which is further proof that they are foolishly suppressing the truth of God’s existence.

While I agree with the presuppositional apologists’ interpretation of these verses, I have observed that their use in apologetics and evangelism often fails to present a defense for Christianity with “gentleness and respect.” (1 Peter 3:15). There certainly are times to use these verses when sharing the gospel or defending the faith, but I have watched encounters where this approach seems to completely miss the heart and mind of the other person, only causing anger and resentment. It seems that a varied approach, which draws from classical, evidential, and presuppositional methods, would be better at meeting the intellectual, psychological, and emotional needs of each person. I think that flexibility in approach enables apologists to be like the Apostle Paul and “become all things to all people, so that by all possible means, [they] might save some.” (1 Corinthians 9:22).

Not only does Romans 1 teach that unbelievers suppress the truth that God exists, it also argues that God’s eternal power and divine nature are “clearly seen [and] understood from what has been made.” (Romans 1:20). Despite arguments from the new atheists that science has disproved the existence of God, modern cosmology actually provides some of the strongest arguments for the existence of God. The cosmological argument states that if our universe had a beginning, as is strongly suggested by scientific evidence, then there must have been an incredibly powerful first cause outside of time, matter, and space - namely God. The fine-tuning argument points to the intricate fine-tuning of the universe, in which the initial conditions of the universe and the natural laws which govern its interactions are so exquisitely fine-tuned that even miniscule changes in various ratios and physical constants would have resulted in a universe that would have no possibility of supporting complex life. Such data led atheist astronomer Fred Hoyle to concede, “A commonsense interpretation of the facts suggests that a superintellect has monkeyed with physics, as well as with chemistry and biology, and that there are no blind forces worth speaking about in nature. The numbers one calculates from the facts seem to me so overwhelming as to put this conclusion almost beyond question.”1

Furthermore, a robust historical argument can be made to support the truthfulness of Jesus’ resurrection from the grave. I wrote an entire series on this evidence and would encourage believers to equip themselves with this powerful defense of the Christian faith and nonbelievers to consider this evidence with an open-mind. A presuppositional approach cuts out all of these powerful lines of reasoning that support the truthfulness of Christianity.

Yet, as the title suggests, I do see value in the presuppositional approach and do utilize it from time to time. I think that the presuppositional approach is an excellent strategy for exposing contradictions and absurdities in foundational worldviews. This is particularly relevant to our current day. For example, my Facebook feed has been filled the last few months with calls for justice and protection of the dignity and worth of all people. These calls are rightly made, but I do think it is worth asking whether our underlying worldview supports the manner in which we live and the future that we hope to realize.

I wrote a Facebook post with a similar theme, and despite my best efforts to anticipate the disconnect, I was misunderstood on a key point. So, I want to state it here as clearly as possible. I am not saying that atheists, agnostics, or non-Christians in general can not act morally or can not have a strongly held system of morality. What I am saying is that the underlying atheistic worldviews of naturalism and materialism do not support the desire for justice or the claim that human lives have intrinsic dignity, value, and worth. A presuppositional approach causes us to examine the foundational assumptions of a worldview to see whether they support the superstructure of the worldview.

Richard Dawkins, renowned evolutionary biologist and author of the best-selling book “The God Delusion”, writes the following in River Out of Eden: A Darwinian View of Life - “In a universe of electrons and selfish genes, blind physical forces and gene replication, some people are going to get hurt, other people are going to get lucky, and you won’t find any rhyme or reason in it, nor JUSTICE. The universe we observe has precisely the properties we should expect if there is, at bottom, no design, no purpose, NO EVIL, NO GOOD, nothing but blind pitiless indifference.”2

The atheistic worldview is built on the foundational assumption that humans are nothing more than matter in motion. How can we define good and evil when the only realities are matter, energy, time and chance? How can we call for justice in a world of blind forces with no design, no purpose, and ultimately nothing that we can truly say is good and evil?

Presuppositional apologetics points out the absurdity to stand behind one podium to call for justice and the protection of the value and dignity of all human beings and then jump behind another podium to claim that there is no ultimate purpose and design in the universe; the cosmos is solely governed by matter, energy, time and chance; and that humans are simply the accidental byproduct of highly evolved colonies of bacteria. Yet, there is no contradiction or absurdity to call for justice and to value the intrinsic worth of all human beings when the universe was created with design and purpose, which includes absolute moral standards of goodness and justice, and all humans were created as image bearers of God.

Not only is the Christan worldview supported by evidence, but it provides a foundation from which we can coherently seek the justice and peace that we experientially desire. The presuppositional approach has the potential to lead people to this realization and should be part of any apologists' toolkit, though not to be used exclusively. As I said earlier, by wisely integrating evidential and presuppositional approaches, I think that we can present a respectful and generous defense of the Christian faith, while at the same time meeting the needs of each individual person that will enable us to “become all things to all people, so that by all possible means, [we] might save some.”

2) Dawkins, Richard. River Out of Eden: A Darwinian View of Life. Science Masters Series, 1996.
Posted by Justin Kuk at 5:13 AM