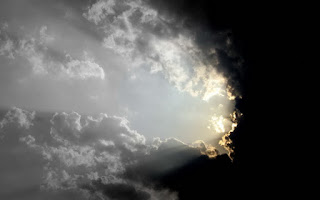 Elijah’s confrontation with the prophets of Baal on Mount Carmel is one of my favorite stories in the Old Testament. To set the scene, under the immoral leadership of King Ahab and Queen Jezebel, the northern kingdom of Israel slid into a dark period of idolatry and immorality. All of the true prophets of Yahweh had been put to the sword, or so Elijah thought, as he summoned the prophets of Baal and Asherah, as well as people from all over Israel, to a showdown on Mount Caramel. Elijah said to the people gathered, “How long will you waver between two opinions? If the LORD is God, follow him; but if Baal is God, follow him.” (1 Kings 18:21). Then, he issued his famous challenge in which the false prophets were unable to call on their false gods to rain down fire on their altar, but fire from the true God of all the earth fell upon and consumed Elijah’s drenched sacrifice. This act of God was in answer to Elijah’s prayer that He would act “so these people will know that you, O LORD, are God and that you are turning their hearts back again.” (1 Kings 18:37).

Complicating this season is a cultural wake following the Trump presidency that has left Christians particularly vulnerable to a message coming from both within and outside the church that Christians always need to pursue unity and reach a sort of peace with the world so that they would not cause offense and more people would be open to “having a relationship with Christ.” While I believe that this pressure from within the church often comes from a place of genuine concern and love, I believe that it is misguided. The purpose of living as light in the world is not merely that the world will see Jesus through my friendliness, but to bring stark contrast between the evil deeds of darkness and the righteousness of God’s kingdom. Without question we do this with humility, compassion, and a desire that all would be saved, but we also do so without wavering in our commitment to God’s commands, ways, and righteous decrees. The purpose of this series is to expand upon my conviction that God is calling faithful believers to boldly bring contrast between the ways of Christ and the ways of the world in the hope that many would be called into repentance from darkness into the glorious kingdom of light. To do so requires a clear demarcation.

I will be speaking about a number of social issues in this series to provide context for my exhortations. Some may be shocked at my calling for division since such language is rarely used from the Sunday pulpit. Therefore, I would like to start by sharing a specific example of the division that I am proposing.

Recently, the state of Florida and Governor Ron DeSantis have been at the center of controversy over a recently passed piece of legislation called the Parental Rights in Education Bill. The bill stipulates that "Classroom instruction by school personnel or third parties on sexual orientation or gender identity may not occur in kindergarten through grade 3 or in a manner that is not age appropriate or developmentally appropriate for students in accordance with state standards." This bill, which seems very reasonable and appropriate, is even supported by 52% of democrats in Florida. After all, who would feel a need to teach six-year-olds about gender fluidity and homosexuality? Well, apparently plenty of people on the progressive left.

The activist class and left-leaning mainstream media have slandered and misrepresented the bill as the “Don’t Say Gay Bill”, even though the bill doesn’t even include the word gay and would equally apply to prohibitions against providing early elementary students with instruction on a heterosexual orientation. During the Oscars, a trio of hosts took a shot at the bill and the citizens of Florida by joking, “We’re going to have a great night tonight. And for you people in Florida, we’re going to have a gay night…gay, gay, gay, gay, gay, gay…” The Disney Corporation has condemned the bill and vowed to fight for its repeal. Meanwhile, internal meeting videos were leaked in which Disney’s president of content vowed that future content would include “many, many” characters who represent the LGBTQIA+ community and another employee openly admitted to strategically trying to push the gay agenda through her content creation. The reaction of activists, mainstream media, celebrities, and corporations shows that there are many who are outraged that anyone would stand against their desire to expose kindergartners to woke gender and sexuality ideology.

That is the worldly mindset that I want to divide from. It is more pervasive than I think many Christians realize and is spreading like gangrene under the guise of social justice. I want no unity with such thinking that “calls evil good, and good evil; that puts darkness for light, and light for darkness; that puts bitter for sweet, and sweet for bitter.” (Isaiah 5:20). We must speak the truth in love and clearly delineate the darkness from the light. It is not the time for nuance. It is not the time to worry about causing offense. It is the time to speak with clarity and conviction.

Yes, I desire that all will come to a saving knowledge of the Lord Jesus Christ, but the chains of a depraved mindset will not be broken by showing people that we are not “that kind of Christian” by distancing ourselves from anything that could be labeled “right wing.” Instead, we must trust the power of the gospel of Jesus Christ to break the power of sin when the darkness of the spirit of the age is exposed for its true nature and people are urged to repent from their rebellion against their creator and to put their full trust in Christ, who died to pay the due penalty of our sins and raised victorious from the grave to demonstrate his power over death that we may enter into his glorious kingdom of light. May division result in this glorious salvation and transformation.

Yet, the question remains: How shall we divide in a way that is both loving and faithful to truth? I will be providing several practical suggestions throughout this series, but to offer a taste of what is to come, I will start with one simple step. Refuse to use the intentionally deceptive euphemisms of the world and instead clearly describe things for what they are. This should be done without personal attacks on persons who hold these ideas, but with clarity and without wavering from the truth. For example, refuse to use terms such as “reproductive justice” or “terminating a pregnancy.” Instead, highlight that these terms are referring to an act in which the life of a human being is intentionally extinguished. Bring to light that the term “gender affirming care for minors” is really referring to the use of hormone therapies and puberty blockers that can render youth sterile and sometimes even to the genital mutilation of a minor. When institutions insist on using terms like “pregnant people” or “teens with testicles”, clearly state that only women can get pregnant and only teenage boys have testicles. Those with opposing views will likely become hostile, but let it be due to their irritation with the truth and not the manner in which we conduct ourselves. Our goal is not to be the language police, but to recognize that language is used intentionally by the other side to shape culture and to obfuscate deeds of darkness. We must counter with language to bring them into the light.

However, before any practical steps are undertaken, a pre-requisite is to realize that the position of neutrality that is assumed throughout much of our culture and in many of our institutions is a myth. Many Christians assume that we should try to operate from a place of objective neutrality in our interactions with the world. Such a position does not exist. I will further explore the myth of neutrality in the next installment of this series.

Email ThisBlogThis!Share to TwitterShare to FacebookShare to Pinterest
Labels: Worldview