Does Hebrews 11:1 Teach that Faith is Belief Without Evidence? Responding to Misrepresentations of New Testament Teachings on Faith 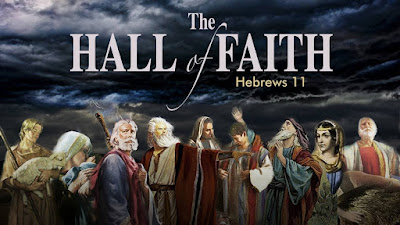 In my last post, I quoted a popular atheist YouTuber, Aron Ra, who claims, “Faith is an assertion of unreasonable conviction, which is assumed without reason, and defended against all reason. In my essay, I specified that by ‘reason’, I meant ‘evidence’, the only reason to believe anything. Since defenders of the faith often refuse to amidst that faith is a belief that is not based on evidence, then I’ll have to prove that I’ve got that right.”1 In his essay, Aron Ra uses a number of scriptures to argue that the Bible teaches that “we are expected to believe without reason; in fact we are blessed if we readily believe the most outrageous illogical, inconsistent, and contradictory claims from even the most credulous and questionable people without any evidence at all.” Aron Ra is not alone in his claim. It is not hard to find atheists and skeptics quoting scripture to allege that faith is belief without evidence. However, it is hard to find them using context to attempt to understand what these verses actually teach. Let’s take a closer look at six verses that Aron Ra references in his essay to see if they support his aspersions about Christian faith.

1.   “Now faith is the assurance of things hoped for, the conviction of things not seen.” (Hebrews 11:1)

This is probably the most misrepresented verse about faith in the entire Bible. In order to better understand its meaning, skeptics like Aron Ra need to follow one of the most basic rules of Biblical interpretation: keep reading. The entire chapter of Hebrews 11 is known as the “Hall of Fame of Faith”, but it doesn’t define what faith is, rather it gives examples of what it looks like to live by faith.

If faith is truly belief without evidence, we should look at the examples of “faith heroes” in Hebrews 11 to see if they had any evidence to believe or trust in God. The LORD directly appeared to Abraham, Sarah, Isaac, Jacob, Moses, Gideon, and Samuel. Moses saw the angel of the LORD in a burning bush that was not consumed, and when Moses doubted whether the Israelites would listen to him as their deliverer, God provided two miraculous signs as evidence that he would deliver his people. Before crossing the red sea by faith, the Israelites had witnessed God’s mighty power through twelve plagues against the nation of Egypt.

Then, there is the case of Gideon. When the angel of the LORD appeared to Gideon and told him that he would deliver Israel from the oppression of the Midianites, Gideon questioned how he could accomplish this since he was the least in his family and his clan was the least in the tribe of Manasseh. Before responding to God’s call, Gideon proposed the following test: “I am laying a fleece of wool on the threshing floor. If there is dew on the fleece alone, and it is dry on all the ground, then I shall know that you will save Israel by my hand, as you have said.” (Judges 6:37). After this occurred, Gideon still requested another sign by asking for God to produce the opposite result, leaving the ground dry and the fleece wet. It is from this story that we get the idiomatic phrase “putting out a fleece.” If Hebrews 11:1 truly teaches that faith is belief without evidence, then there is no way that Gideon and the other “faith heroes” would be used as models of a life of faith. They trusted God with a strong conviction, but they had plenty of evidence that he could be trusted.
Moreover, Aron Ra’s misinterpretation of Hebrews 11:1 completely misses the point that the life of faith is forward looking. When it speaks of “conviction of things not seen”, it does not mean that they believed in God in spite of a lack of evidence, but that they trusted that he would complete his promise in the future, things that had yet to be seen. They were commended for their faith, even though they did not fully receive what was promised in their lifetimes, since God would bring his promises to complete fulfillment in the life, death, and resurrection of Jesus Christ.

2.  “For his invisible attributes, namely, his eternal power and divine nature, have been clearly perceived, ever since the creation of the word, in the things that have been made. So they are without excuse.” (Romans 1:20)

In his essay, Aron Ra doesn’t bother quoting the last sentence of this verse, which is actually quite important. The entire point of this section of Romans is that NO ONE has an excuse to suppress the knowledge of God (i.e. deny that he exists) because the EVIDENCE of creation so clearly points to the creator. Sometimes, it is hard to be charitable to hyper-skeptics such as Aron Ra because it seems like they don’t even make an effort to understand what the Bible says or Christians believe. He uses this verse to claim that faith is belief without evidence when it is making the complete opposite point. The evidence of God’s power and purpose in creation is so clearly evident that all people “are without excuse” for denying God’s existence and living unrighteously.

Once again, Aron Ra only quotes part of the verse, the last sentence, and fails to include the context of the verse. Hopefully, you are seeing that pattern emerge. This is important to note not only for this topic, but anytime anyone wants to support their position with scripture. If they are only including segments of verses and omitting context, it is time to take a closer look.

So, let’s do that. Jesus had risen from the dead and appeared to both his women followers and the rest of his disciples, but he had not yet appeared to Thomas, who famously said, “Unless I see in his hands the mark of the nails, and place my finger into the mark of the nails, and place my hand into his side, I will never believe.” (John 20:25). Jesus then appears to Thomas and honors his request, prompting Thomas to proclaim, “My Lord and my God!” (John 20:28). In response, Jesus says, “Have you believed because you have seen me? Blessed are those who have not seen and yet have believed.”

Now, did Jesus say, “Blessed are those who have not received evidence and yet have believed.”? No, and I don’t think that this is splitting hairs. Consider a few things. First, if Thomas would have believed in Jesus before seeing him, he still would have had the following pieces of evidence: Jesus miracles prior to his death, the eye-witness testimony of the women and the disciples, and Old Testament prophecy that predicted the resurrection. Second, when the disciples shared the gospel and the early church emerged, they appealed to the following pieces of evidence: miraculous healings and deliverances, eye-witness testimony, and Old Testament prophecy. Finally, prior to his death Jesus encouraged people to believe in him based on his miraculous works and after his resurrection he “showed himself to (the disciples) and gave many convincing proofs he was alive.” (Acts 1:3). Please consider reading my post on the connection between faith and evidence in the New Testament for a more in-depth analysis of how Jesus and the early church connected evidence and faith. It should be clear that just because most Christians have not shared Thomas’ experience of literally seeing and feeling Jesus’ pierced hands and wounded side, they still have received other forms of evidence.

I have combined these two verses from Paul’s second letter to the Corinthian church because they are both written in the same line of thought, only a few sentences apart, and are explained with a similar response. One thing that is important to remember is that New Testament epistles were real letters, written to real people, who were facing real issues. Some portions of the epistles are careful expositions of Christian doctrine, while others respond to specific issues in the church or provide encouragement or exhortation. In these verses, Paul is encouraging the Corinthian church to not lose hope in the face of suffering and persecution. He writes:

Paul is encouraging the Corinthian believers not to focus on their current suffering, which they can see with their eyes, but on their future glory with Christ in heaven, which they hope for and cannot presently see. Does this mean they have no evidence for their hope? Paul, the author, received extraordinary evidence on the road to Damascus when the risen Christ appeared to him, prompting him to transform from an enemy of the church to a bold witness of the resurrection. In fact, Paul’s conversion is a compelling piece of evidence in the case for the resurrection. After his conversion, Paul met with Jesus’ disciples and it is reasonable to assume that they directly passed on to him Jesus’ own teachings on heaven, so this hope of future glory is a reasonable expectation if Jesus did in fact rise from the dead. The Corinthian church was born out of sessions in which Paul “reasoned in the synagogue every Sabbath, and tried to persuade Jews and Greeks” (Acts 18:4), likely using eye-witness testimony of the resurrection and Old Testament prophecy as evidence. Once again, to claim that Paul is teaching that faith is belief without evidence completely misses the context and historical setting of the verse.

I honestly am not sure what point Aron Ra was trying to make by including this verse. Perhaps, he is trying to argue that Christians should not share the gospel and try to convince others of the truth of Christianity, but should keep their faith, or personal convictions not based on evidence, to themselves. If that is his argument, he once again completely missed the point of this verse, which is in a section teaching how Christians should interact over disputable matters such as dietary restrictions and holy days. Paul is teaching that Christians should not let their convictions over such matters be a stumbling block to their brothers, but should pursue peace and mutual edification. It has nothing to do with whether faith is based on evidence.

At this point, I have now completed extensive surveys of the Old Testament and New Testament teachings on the connection between faith and evidence and have responded to verses that some skeptics erroneously use to claim that faith is belief without evidence. Now, it is possible that skeptics will still view faith in that way, but they cannot claim that when the Christian says, “I have faith”, they really mean, “I pretend to know things for which there is no evidence.”

Still, some Christians may feel that they don’t have or even need evidence to support their faith. Some may even say that seeking or desiring evidence actually weakens one’s faith. I will be addressing those concerns in the next post in this series.